Can you imagine not having internet access? Only 59% of low-income households have internet access at home. In June, Toronto Public Library made the internet more available by launching the wi-fi hotspot lending program. Devices for this six-month pilot program were available at six branches in Neighbourhood Improvement Areas. It’s such an in-demand program that the 210 devices have been loaned out for the rest of the year. 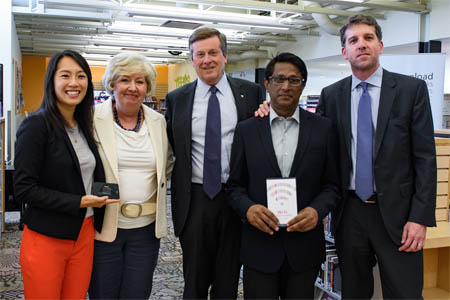 The wi-fi hotspot devices allow people to get connected to the internet from home or elsewhere. “We need programs like this one to help close the digital divide. People who can’t afford broadband internet at home are at a significant disadvantage when it comes to school, looking for jobs or accessing government services and education. Internet access is essential in our digital world. We’re proud to pilot this program and hopeful we can increase its reach in the future,” said Vickery Bowles, city librarian.

Google Canada has made this program possible with their generous donation. “Lending wi-fi hotspots to households who don’t have access to the Internet is a simple, effective way to help those who need broadband and technology the most. Through this project Google hopes to give some of the most underserved in our city a way to bridge the tech divide,” said Sam Sebastian, Managing Director, Google Canada.

Riaz Qureshi was one of the first people to sign up for the new lending program. He was a doctor in Pakistan and is now studying to practice in Canada.  Although he has internet access at home, he isn’t able to pay for a cellular data plan to study on his long daily commute. He now takes his wireless hotspot everywhere to study online for his medical certification exam this September. “It’s handy. If I’m outside, I’m connected with my study group; we can exchange resources, questions, or schedule study time,” he said.

In launching the wi-fi hotspot lending program, Toronto Public Library and Google Canada aim to give people access to resources that can improve their lives. Hotspot borrowers include a refugee staying in a local shelter who is using the hotspot to apply for jobs online and look for long-term housing. Another hotspot borrower is a university student from out-of-town who regularly uses the library’s wi-fi to study and complete his course work. Now, he’s able to access the internet outside of library hours at home. A hotspot was also borrowed by a single mother on disability who is using the device to submit benefit forms, communicate by email with her caseworker and browse health-related information online. 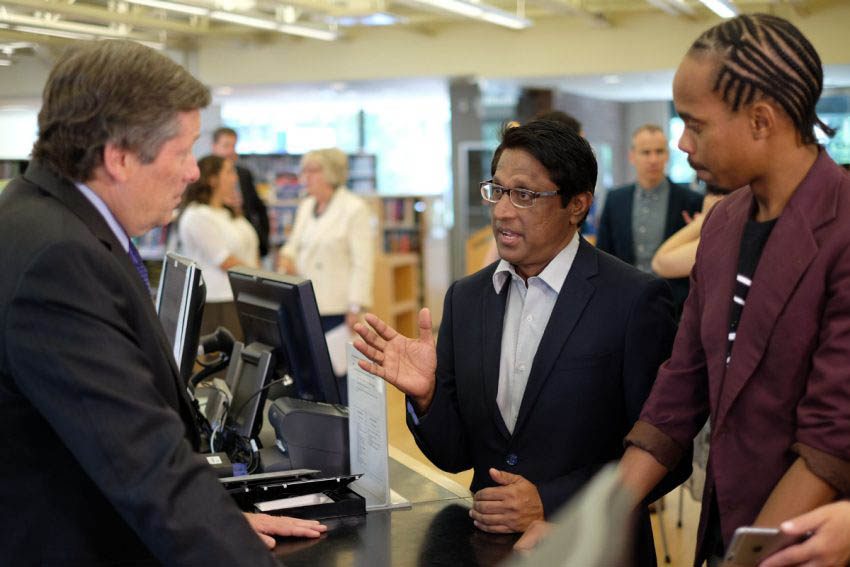 Each hotspot device comes with 10 gigabytes of data every month. The library is hoping to attract a telecommunications company that will provide unlimited data plans like library lending programs in New York and Chicago. “At this point, the wireless providers we spoke to weren’t willing to offer any more (data) to us, but we’re hoping we can advocate for more and continue talks with them,” said Michelle Leung, a library spokesperson.

As noted above, all the hotspot devices have been loaned out. Learn more.

You can help make needed technology available to Toronto’s most vulnerable by supporting Toronto Public Library.